1. Not minding your tones from the very beginning

As you probably already know, Mandarin is a tonal language – unlike English. And there are many words that, without tone and context, sound exactly the same. It might be tempting to start learning just the vowels and consonants of the words with the aim of adding in tones later. But it’s all too easy to get into bad habits, and harder to break out of them once you start.

Tones are crucial when making yourself understood, so make sure you pay close attention to them when you practice speaking Mandarin. After all, it could mean the difference between asking someone ‘我在哪里可以看到熊猫 / Wǒ zài nǎlǐ kěyǐ kàn dào xióngmāo?’ (‘Where can I see pandas?’) and ‘我在哪里可以看到胸毛？/ Wǒ zài nǎlǐ kěyǐ kàn dào xiōngmáo?’ (‘Where can I see chest hair?’).

2. Ending every question with 吗 ‘ma’

One of the first sentence structures many learn is ending a statement with 吗 ‘ma’ to make a ‘yes or no’ question. But sometimes people slip up and add it to every question when not needed. This is particularly common for sentences that have both positive and negative options within the question, which therefore don’t need 吗. For example:

Similarly to the 吗 ‘ma’ mistake, once you learn one of the uses of 了 ‘le’ is to make something past tense, it might be tempting to use it at the end of everything. But remember –this doesn’t work when the negative 没有 ‘méiyǒu’ is used. For example:

It’s worth remembering that 了 isn’t just about changing tense: it’s also used to portray a change or completion of action. For example:

When learning a new language, it can feel instinctual to think of a sentence in your native language first before trying to convert it into the one you’re studying. But this can only work up until a certain point.

Like English, the most basic Chinese sentence structure is ‘subject, verb, object’. But, unlike English, other aspects like time and place come before the main topic. For example:

Learning to read (and write) 汉字 ‘hànzì’ – Chinese characters – can seem daunting, but can give you a much clearer perspective. For example, ‘he’, ‘she’ and ‘it’ are all pronounced ‘tā’. But when written, you can see the difference: 他, 她 and 它. Noticeably, ‘he’ and ‘she’ have male and female radicals respectively.

It also makes life easier when differentiating between tricky particles like the three ‘de’s: 的, 地 and 得. Want to overcome more Mandarin mistakes? Check out Lingoinn’s homestay learning programmes. As we always say, there’s no better way to learn a language than to learn it in a country where everyone’s speaking it. 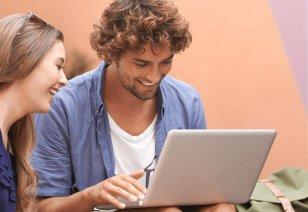 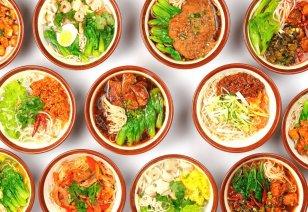 You may already know that noodles originate from China. But did you know that the oldest bowl of noodles ever found was a 4,000-year-old…