Learning Chinese grammar doesn’t have to be daunting. Once you understand the similarities and differences between it and English, you can start to construct sentences instinctively, as well as appreciate how both languages work on a deeper level.

To start, the most basic word structure for both languages is ‘subject–verb–object’. This means that many simple sentences will more or less have the same order of words in both Chinese and English. Let’s take a look at some sentences where ‘I’ is the subject and ‘tea’ is the object:

As you can see, the subjects, verbs and objects occur in the same place for both English and Chinese (I – want to buy/bought/drinking – tea).

While there are more differences in grammar from here on out, sometimes they actually make life much easier compared to learning European languages.

It’s every school child’s nightmare to have to learn how to conjugate verbs in languages like French and Spanish. Verbs change depending on who is acting the verb (I, you, he/she/it, we, you plural, they) and when it was done (past, present, future). English does this too: for example ‘I am, I was, I will, you are, you were, you will’ etc.

And in some languages, nouns have gender, which means the article before it (like ‘the’) changes too. To make things even more complicated, the gender often won’t be the same from language to language. In French ’chair’ is feminine, but in German it’s masculine.

Luckily for Mandarin learners, nouns have no gender and verbs don’t have to be conjugated, which saves a whole lot of memorisation time. However, a number of different classifiers for nouns do need to be learned instead (for example 一个人，一只猫，一张明信片: one person, one cat, one postcard). Classifiers like these are common in other Asian languages like Japanese and Korean, too.

In Chinese, things start to get particularly interesting as sentences get longer and there are more things happening within them. Unlike English, Chinese is largely a ‘head-final’ language, which means that modifying words come before the words that they’re modifying.

This is when translating word-for-word starts getting tricky:

In the above examples, ‘tea’ is still at the end of the sentences in Chinese, whereas it now appears earlier on in English.

Another two grammar points in Chinese that sometimes trip new learners up are when the sentence structure changes from basic ‘subject–verb–object’ order to ‘subject–object–verb’. Or, when the structure needs two separate parts to complete it.

In the second example, ‘nìngkě’ and ‘yě bù’ are a structural pair – the ‘I’d rather do X than Y’ sentence structure can’t be made with one half of it. But when you think about it, you couldn’t do this in English without both ‘rather’ and ‘than’, either.

So instead of trying to directly translate from English word-by-word, think about what kind of sentence you’re trying to create, what’s happening to the object within the sentence and where it needs to go. Once you get the hang of the basics, you might even find you can start thinking in Mandarin too. 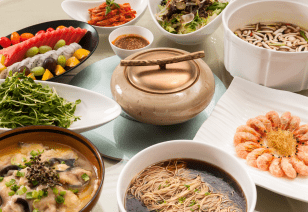 How to Eat Out in China

From walking along the street with a handful of barbecued lamb skewers to sitting down to a steaming bowl of noodles, the opportunity to… 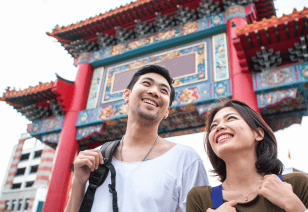 5 Reasons Why You Should Learn Chinese In China

There’s no getting around it – 2020 wasn’t a great year for travel, not to mention a terrible year in general for the whole…

Taking an HSK Exam: What You Need to Know

Short for ‘Hanyu Shuiping Kaoshi’ (汉语水平考试), the HSK is a standardised, internationally-recognised exam to test the proficiency of non-native...

Any cookies that may not be particularly necessary for the website to function and is used specifically to collect user personal data via analytics, ads, other embedded contents are termed as non-necessary cookies. It is mandatory to procure user consent prior to running these cookies on your website.