A Quick Guide To Chinese Dialects

With an ancient civilization dating back thousands of years, an enormous landmass of about 9.6 million km² and 56 ethnic groups, it’s no surprise that China has hundreds of different dialects still spoken to this day.

Expert linguists generally group all of these into seven to 10 main ‘core’ dialects. Here are eight most commonly-spoken major dialects, along with some examples of where they’re spoken:

Many examples like Cantonese and Shanghainese are often considered as dialects of their own, but in fact technically fit into one of the above major categories.

With ‘pǔtōnghuà’ (普通话) literally meaning ‘common speech’, Mandarin has long been recognised as the most commonly-spoken dialect in China, and has been the official language of the country since the early 1900s. While some dialects share many similarities with Mandarin, others aren’t mutually intelligible. This means that words and phrases are different enough to not be easily understandable between people who only speak one dialect or the other.

Let’s compare Standard (Beijing) Mandarin with Chengdu Sichuanese (a form of Southwestern Mandarin), Cantonese (the most well-known form of Yue Chinese) and Shanghainese (a form of Wu Chinese). And what better way to start than with ‘hello’?

Note that while Mandarin’s form of romanisation is called pinyin, Cantonese has its own form called jyutping, which we’ll use alongside Cantonese words.

Here, the two Mandarin sub dialects are the most similar to each other. And while still a little similar, the Yue and Wu sub dialects are more noticeably different. Aside from characters and pronunciation, the tones can also be very different – for example, Mandarin has four tones, while Shanghainese has five and Cantonese has six.

To make things even more interesting, the use of Mandarin’s four tones sometimes varies between its own sub dialects too. For example, where one word will use a pronunciation with a rising tone, another region will pronounce the same word with a falling tone – like the ‘好’ of ‘你好’ in Standard Mandarin and Chengdu Sichuanese.

Often, a sentence will be almost unrecognisable to the ear between sub dialects:

It can feel like there are endless variations of the Chinese language. But, as the most-spoken one in the world (and second-most spoken after English if we’re counting non-native speakers), Standard Mandarin is the most useful to know – especially if you want to make friends and do business.

The great thing about Lingoinn is that you can learn Standard Mandarin while picking up some local phrases of whichever city you’re homestaying in. See which cities we offer here.

Making mistakes when learning Chinese – or any new language – is inevitable and all part of the learning process. But there are a… 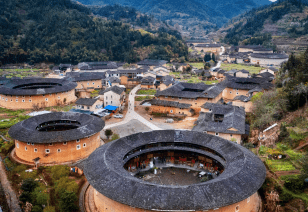